Gulu was ravaged by a 20-year-old civil war that left the community deprived of the progress the rest of the country was making. The social system of the society was broken with families left homeless, children with no parents, and people forced to live in camps. The defeat of the Lord's Resistance Army at the turn of the century came as a blessing with the social and economic status of the community improving on a daily, one sport that is rising out of the rubble is cricket.

Cricket a sport popular in missionary schools most in the East, Central and Western parts of the country but not spread up north. However, the big Asian business community in Gulu has made it possible to find an anchor for the game. The peace and stability in the city made it a favorable place for Asian businessmen who are targeting the fast-rising South Sudan market. This Asian community that is already sold to the game organized itself to form a cricket club called Northen Knights Cricket Club that will compete in the national league in case Covid allows.

However, cricket in Gulu has not started in Gulu this year, Cricket Without Boundaries has introduced the game to communities in Gulu through their cricket hubs model. The introductory program mostly focuses on junior cricket initiatives while also communicating health messages to the participants. CWB has been to build capacity by training local volunteers that help in passing on skills and ensuring that there is a reference for the game in the city.

Cricket in Gulu city started way back in 2012 with a few primary schools as it was basically Introductory level where centralised coaches would travel from Kampala to Gulu and try to create awareness of the sport, cricket without boundaries played a key role in this particular area for the volunteers made sure that the city got equipment needed and also a proper follow up with the officer they had chosen to help the region during their absence

In 2015 the Northern region got some good passionate local coaches who remained dominant in the region with cricket and this kept the game alive until now when UCA and CWB have developed cricket hubs and professionally employed some local coaches who are delivering coaching effectively under a watch by the hubs manager who keeps track on the process and progress, this has led to the growth of the university cricket in Gulu and also local investors are now interested in supporting cricket which I believe is key

This has further motivated them to form a cricket club called Northern Knights cricket club after seeing massive capacity built within a short time. Teachers in primary and secondary have been trained to coach cricket and recruit more players.

Northern Knights Cricket Club has taken the initiative to spearhead the development of the game by providing the capacity in terms of human resources as well as the financial backbone to spread the game. Cricket is no cheap sport and the support from Northern Knights will ultimately help grow the game in the region, Mr. Rana the development manager of Northen Knights spoke to us about the ambition of Northen Knights who want the game to be part of the community in Gulu.

As Northern Knights Cricket Club (N.K.C.C) we have signed an MOU with st. Joseph College Layibi where the school has provided a sports field for making of a cricket oval and next to it space for constructing training facilities we are 60% done with the construction of practice nets, main wicket on oval and landscaping work. We will inaugurate our cricket academy in layibi too Northern Knights Cricket Academy through the academy we want to prepare school teams that can participate in national schools week We are partnering with " The Hub" coaches to develop cricket in schools and colleges around gulu!. We as N.K.C.C have a full time coach , he also coaches Gulu University and Gulu College of Health sciences students too. We aim to create many other clubs in future for different categories like women's league, age group development teams. We aim to help UCA realise the importance of creating incentives in communities. NKCC has already played a-T20, and won it! Our practice wicket nets are being hand weaved by a few fishermen families, and the money that they will get by weaving the nets will help them renovate Thier boats to resume fishing and earn a living for their families again! We are fully sponsored by Tool hub (U) Ltd

With the gentleman's game now starting to take root in Gulu, it will be good to see the game produce future boys and girls that will put on the yellow and red of Uganda. 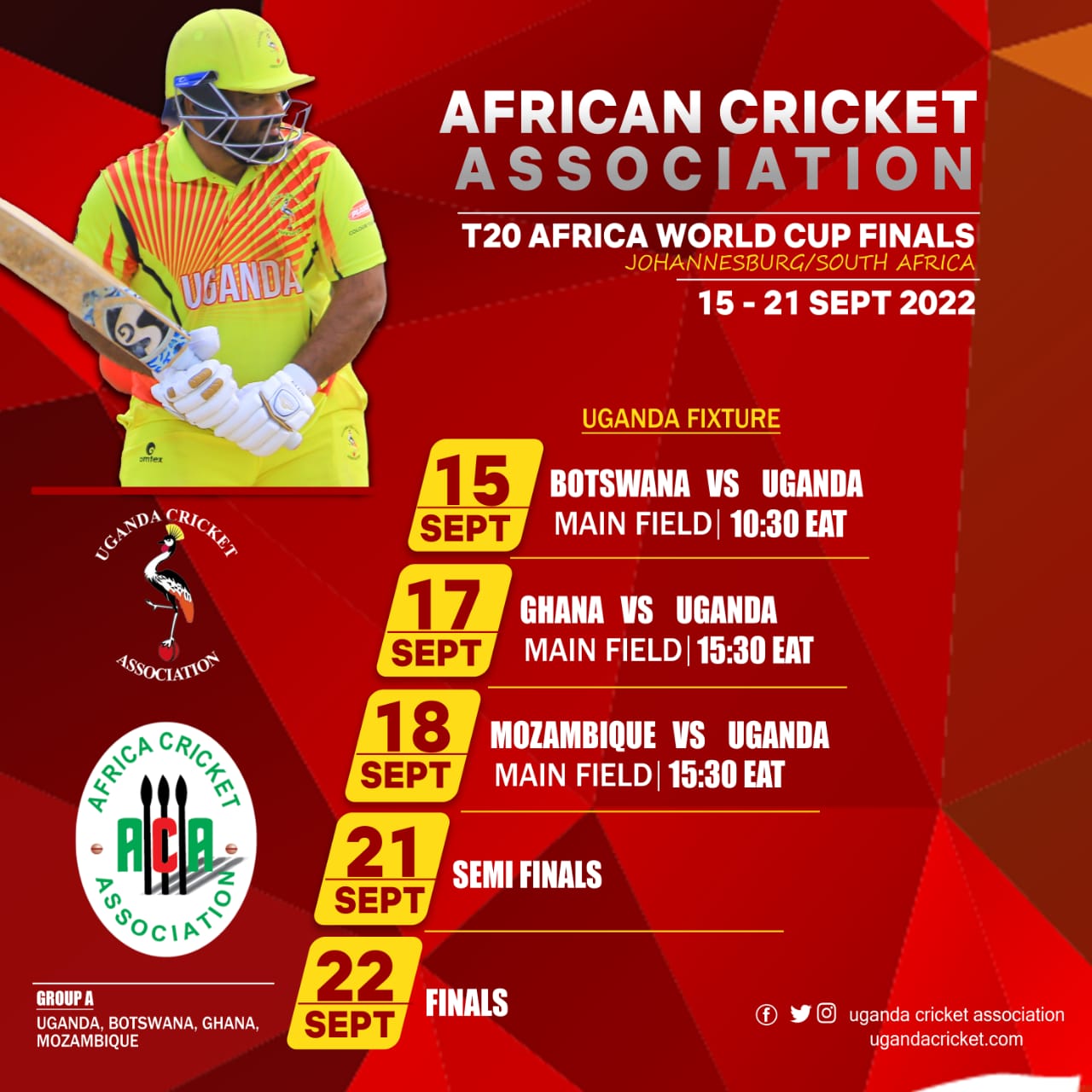