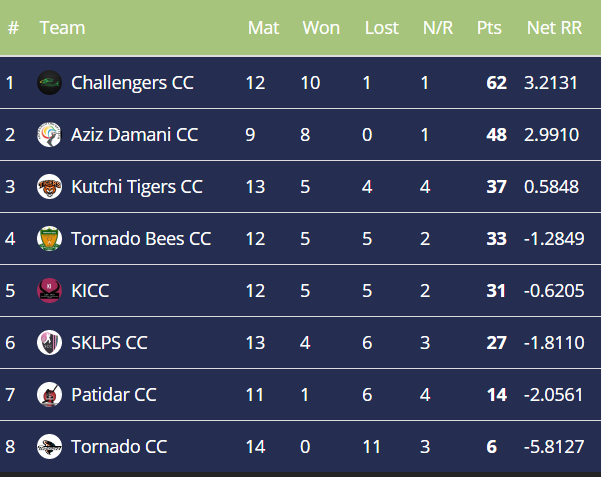 The ICC today announced that Uganda will be hosting the second round of the World Cricket Challenge League.

The announcement was made via an ICC media release after a meeting by the board. There were many announcements made after the meeting but the highlight for Uganda is the decision to award them the right to host the second round of the Challenge League.

The Challenge League was created last year to replace the World Cricket League (WCL) that was based on Divisions. The final WCL tournament for Uganda was in Oman where we finished at the bottom of Division 3 and this position earned us a slot in Group B of the Challenge League. Uganda is the same group alongside Jersey, Hongkong, Italy, Bermuda, and neighbours Kenya.

The 1st round of the Cricket Challenge League Group B will be held in Hong Kong this year from November 29 to December 10. The ICC is yet to make a decision on whether the tournament will be hosted in Hongkong due to unrest there.

This is the second time Uganda will be hosting a major ICC event after the successful WCL in 2017.

The relatively low cost of hosting events makes Uganda a destination for major events. The local events have also helped Uganda raise the profile of the game while they promote the event.

Cosmos Warriors etched their names into traditional cricketing folklore with a convincing 31-run win over Pak Land to notch their first Pakistan Premier League title at its fifth edition on October 14.

Even the persistent drizzle did little in dooming the day with the players and officials, equally pumped up to deliver a fitting finale to what had been a memorable season of thrilling tape-bal cricket.

Crowd favourites Pak Land had a smooth campaign enroute to outlasting Khan XI by 18 runs in the semifinal whereas Cosmos Warriors ensured there would be no upset at the last four hurdle with a 36-run triumph over ‘big hitters’ Afridi XI.

But in the do-or-die final, Pak Land had themselves to blame for the no-show. Their star man Zohaib Butt, who picked up the Man of Series gong, was the villain when he dropped Cosmos Warriors’ star man Taimoor Mirza off the first ball of the match.

Mirza rode his luck and tonked the opposition into submission with a 20-ball half century of 62 runs as Cosmos set 108 for 4. Umer Bhai added 22 off 11 and Cricket Cranes vice captain Brian Masaba stroked one six in his five-ball cameo of 12 with none of the bowlers managing any impressive figures.

Tail-ender Cricket Cranes all-rounder Emmanuel Isaneez (24 off 8) stood tall but never matched his understudy in the other dugout Kenneth Waiswa, whose figures of 4 for 10 in 2 overs, ensured Pak Land couldn’t score more than 68 runs when it mattered most to confirm Cosmos Warriors 30-run triumph. Twelve teams to part this season.

Lugogo will play host to probably the biggest game in ladies’ cricket this yeah with the tournament favourites Aziz Damani and Olila High CC clashing for honours.

Olila High Cricket Club opened their campaign with the narrowest of wins stolen from KICC on the opening day of fixtures. Boosted by that win, they go into this fixture with the confidence of denying their opponents a shot at glory.

Felix Musana, the pioneer of the Soroti Cricket Academy where the majority of the Olila High CC players come from was quoted saying;

“It is really good to play the game with the math in our heads online. When we set, we need to know what score we need, to bowl them out so as to get that bonus point. When we are chasing, we need to know the overs by which we should have chased that score. Cricket is a good sport if you clearly know how the math is done.”

In his response to the upcoming fixture, Aziz Damani head coach Yusuf Nanga had the briefest of words when he said;

“May the best team win the league.”

There will be no luck of talent at this star studded game when both team teams lock horns on Saturday in Lugogo. The likes of Racheal Ntono, she-cranes vice-captain Janet Mbabazi, Joyce-Mary Apio, among others will be ever present for Olila High. Damani will have the likes of Immaculate Nakisuyi, Getrude Candiru, Sarah Bakhita, among others to see to the Olila challenge.

This is going to be one of the best games of the season. Miss if you must.

Aziz Damani Cricket Club! Yes, that one.
It is the name on everyone’s lips in circles of the Gentleman’s Game.
They have bossed the Jazz Safari National League season like never before. Their unbeaten run of 10 wins in as many defines their prowess.

They are 18 points clear at the top of the eight-team log with a maximum 60 points. That statistic has a motto: ‘Do not mess with us,’.
Damani has beaten every team and their cruise sees them now a win away from their second league title in two years.
Even if there are four matches to play, Damani only need to beat second-placed Kutchi Tigers at Lugogo Oval today to be affirm the yellow and green ribbons on the trophy.

Allure of 100% record
“We would love to finish unbeaten if possible but we don’t want to get ahead of ourselves,” Damani’s boss Siva Koti stated after last weekend’s 143-run win over Challengers in Entebbe.
“So we would love to secure the title first,” he added.
Knowing the mathematics, Tigers will hope to roar at the right time and stop what seems to be untouchable.
Tigers’ skipper Alphesh Hirani knows there is little they can do to stop Damani’s league success.

Tigers can pounce
Little wonder he could afford a phone chat with Siva after last Sunday’s action.
But Hirani knows the Tigers can put on hold to Damani’s early title celebrations or most importantly, punch a hole into their solid bulging balloon encrypted: ‘the invincible ones’.
The rest of the league sent Challengers to stop Damani last weekend but their batsmen Hamu Kayondo, Arthur Kyobe and Kamal Shahzad didn’t click in partnerships.
Now Damani’s bowling unit has to deal with a Tigers’ batting line-up that has Ronak Patel, who hit an unbeaten 82-ball 105 century in their 185-run win over Premier last Sunday.
Most of Damani’s players form the core of the senior national team - The Cricket Cranes - so they know what to expect and how to plot for another finisher in left-hander Dinesh Nakrani. Ankit Patel’s qualities cannot be overlooked.

Having endured a torrid outing at the ICC World Cricket League Division IV event in Malaysia, Simon Ssesaazi reminded everyone of his batting potential last weekend.

He was ruthless against fellow Cricket Cranes’ players Riazat Ali and brother Henry Ssenyondo enroute to a 77-run-a-ball half-ton but it was not enough as his club Ceylon Lions lost to holders Aziz Damani by 95 runs in Lugogo. That third loss in four Jazz Safari National League matches could be vividly seen in Ssesaazi’s eyes after producing the best batting show on the day.

“We need to act,” the left-hand opener lamented ahead of today’s match against Kutchi Tigers at the same venue.
“We need to just work on a few improvements, avoid giving away cheap wickets then build partnerships,” he said of his fellow top-order batsmen Eddie Agaba, Arnold Otwan, Varinder Singh, Lawrence Ssempijja and Jonathan Ssebanja.

But Tigers lost their last tie to KICC after an unmatchable display by Davis Karashani (74 off 70 and 3/31 in 8.1 overs) a fortnight ago in Lugogo.

So as Lions bid to roar, Tigers will equally want to be counted in the Lugogo jungle with the backing of Indian trio of Aezaz Kothariya, Devendra Poriya and Sachin Mevada.
Arup Kerai is another weapon for Alphesh Hirani’s team that will looking for a fourth win in six outings.