Uganda U19 girls defeated their neighbours Tanzania by 14 runs in the final of the bilateral series played at Kyambogo Cricket Oval.

In a game that was briefly stopped by rain, the hosts won the toss and chose to bat first but they were immediately put on the back foot when Perice Zakayo snapped up Gloria Obukor and Proscovia Alako in the first over to leave Uganda 0/2. 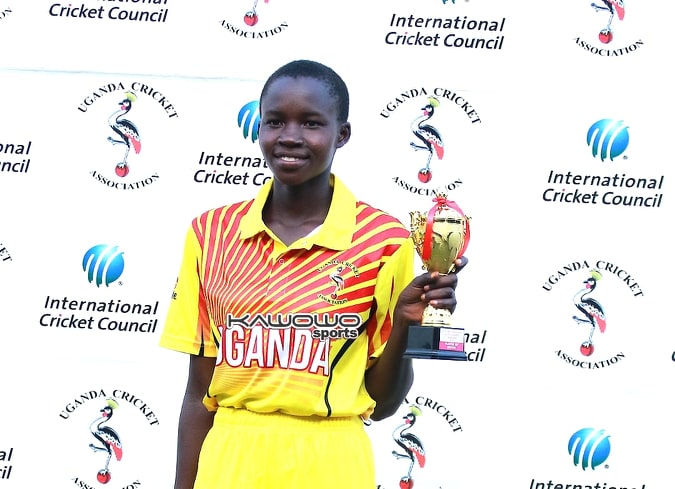 However, team captain Esther Ilukor (34) and Susan Kakai (24) led the recovery job as they helped the hosts post a commendable 93/5 in 20 overs.

The visitors started the chase strongly as team captain Hudaa Mrisho (16) and Neema Pius Justine (22) put on 41 for the 1st wicket. However, their dismissal derailed the chase as Uganda tightened up their bowling as they dried up the boundaries. 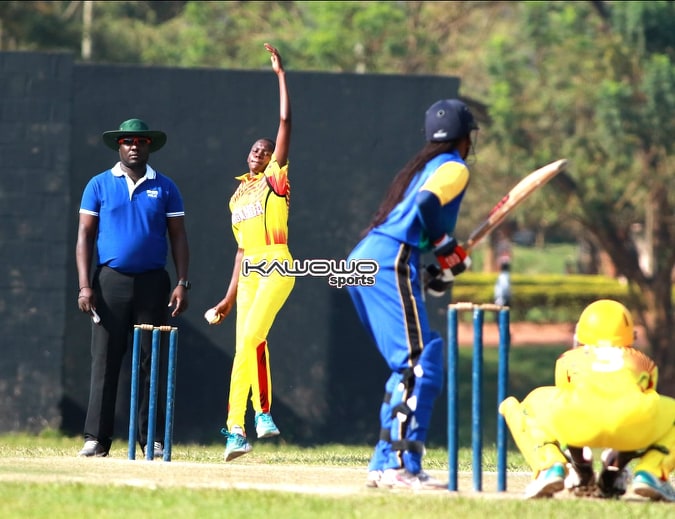 In the end, the hosts were able to hold on for a 14-run win and the series ending on a high for the young girls who completed the whole tournament unbeaten.

For team coach Ivan Kakande and his assistant Naomi Kayondo, it was a great tournament and a learning one for either of them.

The young girls are being prepared for the first-ever U19 Girls World Cup due in 2021. 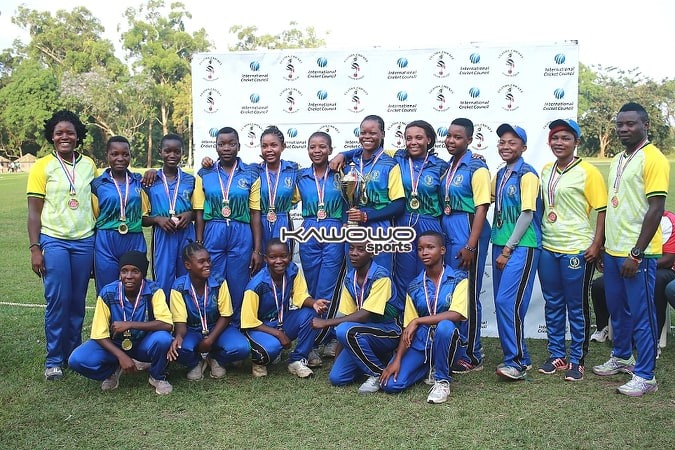 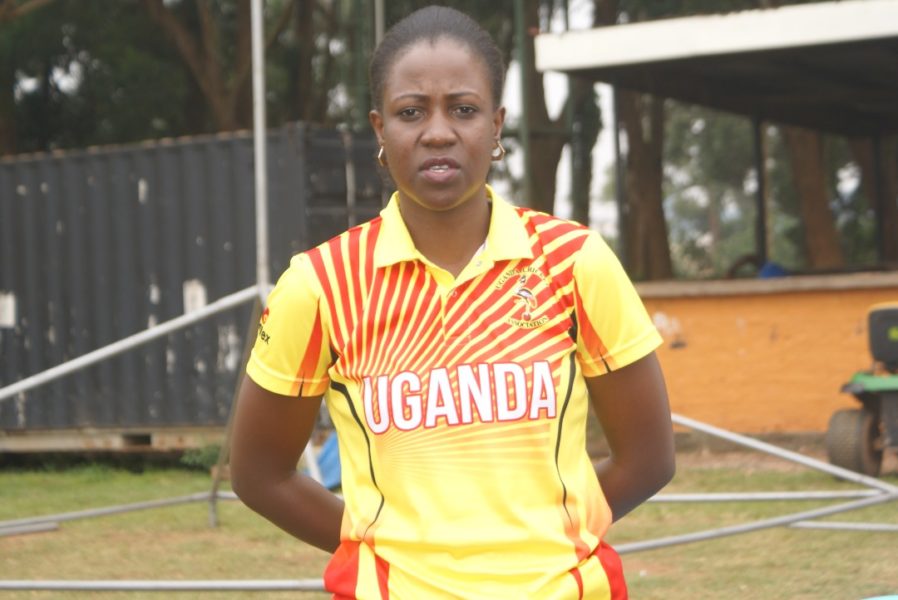 A team of thirteen U19 players was yesterday flagged off to Nairobi, Kenya by National Council of Sports together with UCA to take part in the second edition of the Star Field Tournament.

The team that arrived in Nairobi early this morning and will be led by Jackson Ogwang as the coach and Rokani Slyvester as team manager.

Cricket Uganda in their press release confirmed that the preparation for the 2022 U19 World Cup had started and this tournament was first of many as they look to prepare the next generation of U19 players.

The team will be led by Nyakasura School Pascal Murungi and will be assisted by Munir Ismail. The eight new faces include 16-year-old Anas Baig son of former Cricket Cranes captain Akbar Baig and Ronald Lutaaya a son of one of the ground staff at the University Oval in Kyambogo.

The starfield tournament will run from August 21-26 and all games will be played on a T20 format.

The finals of the tournament will be held at the iconic Gymkhana Grounds in Nairobi.

The Baby Cricket Cranes must beat a bunch of permutations if they are to progress to next year’s ICC U-19 World Cup in Bangladesh.

A third appearance at the global stage will be a reality if Henry Okecho’s boys follow up yesterday’s nine-wicket win over Papua New Guinea (PNG) with another big one when they face Ireland in an epic qualifier in Malaysia today.

“We will carry this momentum from the PNG win into tomorrow (today)’s game,” coach Henry Okecho told Daily Monitor on phone from the team base at Hotel Istana in Kuala Lumpur. However, victory in their final round-robin contest alone is not enough. Uganda must also pray that one of unbeaten sides Ireland and Nepal falters in their remaining fixtures. “Our job is to beat Ireland and see how everything else goes. We have some plans for Ireland but will look at the wicket in the morning and take a decision,” Okecho said about a possibility to change his playing side.

Then seven boundaries and three sixes in a quick-fire half-century of 59 runs off 37 balls from opener Zephaniah Arinaitwe plus a 20-run combo from Kenneth Waiswa (13) and John Gabula (8) sealed the emphatic win.

UNDER 19 TOUR TO MALAYSIA

Uganda Cricket Association is pleased to announce the Under 19 Boys team set to travel to Kuala Lumpur, Malaysia for the ICC Under 19 World Cup Qualifiers from 13th to 23rd October 2015.

Below please find the team that will represent Uganda the World Cup Qualifiers.

The teams at the tournament are Nepal, Ireland, Papua New Guinea, Uganda and The United States of America. Only the best team from tournament will qualify for the Under 19 World Cup in February 2016 after the final on 22nd October 2015

Uganda has made 2 appearances at the Under 19 World Cup in 2004 (Bangladesh) and 2006(Sri Lanka. Several players from these two teams went on to play for Uganda later on.

The team departs from Uganda on 12th October 2015 onboard Emirates Airline and returns on 24th October 2015. The reserves are replacements to members on the final 14 and therefore will not travel with the team.

We believe the team has had good preparations leading to the tournament with the most recent being a residential camp in October and tour to Kenya in September 2015.

We are hopeful that we can make another appearance at the World Cup and request for all the support we can get to achieve this.

Not signed as sent electronically

Uganda’s U-19 national cricket side – The Baby Cricket Cranes - fly in from Dar es Salaam this evening knowing the hard work starts now and they cannot afford to rest on their laurels.

Henry Okecho’s boys whitewashed Tanzania by 125 runs in the final round of the Pepsi ICC Africa U-19 Cricket World Cup qualifier played at the Dar es Salaam Gymkhana Oval yesterday.

Man of match Collins Okwalinga (7/14) and spinner Frank Akakwansa (3/13) bowled out Tanzania for 44 runs in 22 overs after Abdallah Lubega (52), Zephaniah Arinaitwe (21) and Rogers Olipa (25) had helped Uganda set 169 in 46 overs – their biggest total of the tournament.

The massive win guaranteed that Uganda finished second and booked the solitary berth allocated to the continent for the global qualifier scheduled for Bangladesh later this year. Both Uganda (0.686) and Kenya (0.131) finished tied on six points but the former edged through courtesy for a better Net Run Rate (NRR).

Namibia (eight points) won the showpiece and walk straight into the 2016 Youth World Cup in Bangladesh despite falling to Kenya by four wickets yesterday.

The global qualifier, which will feature all the second-place finishers from the five ICC regions, comes as a reprieve to the Ugandans who almost bottled it. Only the champion of the global qualifier will progress to the main World Cup.

“We withheld their daily allowances for the two days they played poor cricket,” head of delegation Dennis Musali told Daily Monitor. “And our actions worked as the boys woke up and put on a clinical show against the hosts.”